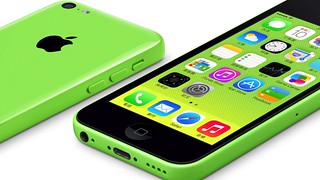 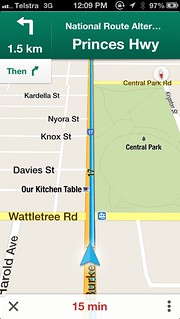 Google Maps iPhone app has reborn in the iOS App Store on 12/12/12. It should have been a big thing but surprisingly not that many people is aware of it. Or at least Google didn’t make a big fuzz about it. Interestingly enough, when I search for “Google Maps” on App Store, it didn’t even pop up in the first two pages. Bad SEO by Google or doggie trick by Apple?

About the product, my user experience on this so far is very positive. It is a mobile product and its design is optimised for mobile. In a mobile scenario we usually want to achieve a very focus objective in a very short time frame. For this case, we are not a tourist trying to appreciate the scenery. Therefore, we don’t need the 3D world in Apple Maps. (I love to view it in toilet when I am bored — and when I have WiFi, but that’s about it.) Rather, we often want to get to an unknown place via the best route. Google strikes for the simplicity around this clear user goal and that’s how it is better: With Google, things always start with Search, and so the unknown is not a matter anymore. And for the best route, they use TomTom.

I have been using TomTom for driving direction. I get the same instruction here as TomTom and Apple Maps because after all it is all driven by TomTom anyway. However TomTom does have the advantage of having the maps and routes in App because it makes the calculation much faster (and cheaper because no 3G traffic is required).

However, perhaps these points don’t matter too much after all. In reality, for the past few days I have used Google Maps 5 times and TomTom 1 time as my GPS. As requested by Jacob, I have also tried to use Apple Maps for around 30 secs and then gave up. (By the way I have also downloaded iMelway by Melway and Here Maps by Nokia and only touched them once.) My verdict is easy: I am on the road, driving. I need to be at a place that I don’t know, and that’s why I need a map. If I know where I am and where I am going, most probably I don’t even need a map. The reason why I need a map in the first place is because I need to start from Search. That’s Google. From then on, that’s all down hill. And that’s how Google wins. Start with User Experience. Start with Why. Cheers.

(The first two screens are the direct pages after typing Melbourne Airport at the search box in Google Maps. The results also cross-referenced to any saved Maps I have created on desktop with the same Google account. Brilliant! The third screen is Apple Maps, and the last one is TomTom.)

I would like to start writing. Just write. Don’t care about what. Just write. The same feeling of how a guy get a new pair of joggers and has to go out and run a few miles, just for the sake of using the shoes. For me, it is the type-writer’s feeling. The feeling that I could write the full set Lord of the Ring non-stop in one night. All it is missing is the chuck chuck cling cling sound of the machine.

This type-writer I am using is called “iA Writer”. An awesome app on Mac, iPad and iPhone. Supports Dropbox and iCloud. Has a “focus” mode by dimming all text except the current line.  The ultimate illustration of “simplicity”. 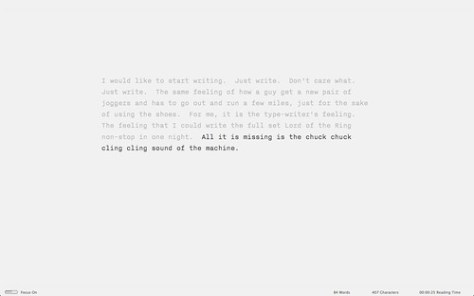 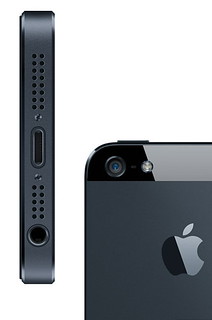 I am all alone. 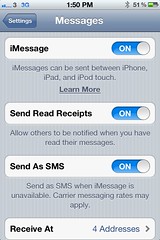 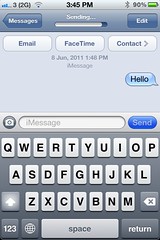 I mean, in the iMessage world.

Some might say iMessage could be the WhatsApp killer.

I would say, without friends on the list, I could only iMessaging to my own self. Useless on my iPhone. At least for now.

Anyone out there also brave enough to have iOS 5.0 installed on his/her iDevices? Please iMessage me, so that I know I am not alone. Find me at mail@ngszehin.net or any email that you could link me with. 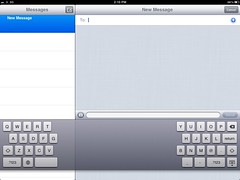 On the other hand, I must say it has a [Note: not great anymore] some value on my iPad. [Note: I have to take away the whole SMS thing for now, because after the testing I found out that basically it works only with iMessage but not normal SMS].

Well, I have (sort of) signed the NDA, so I should speak less. Nonetheless, I could let you have a sneak peak of the shots I have done without me saying too much: The notification center function is cool. The camera button is convenient but I am sticking with Instagram. iCloud is not working coz I haven’t set it up yet. Reading List could be a good function but I haven’t appreciate it too much yet coz it is not always working. Reminders is clean, but if it is not syncing with the one on my iPad or the cloud, it becomes useless to me and I would stick back to my pretty TeuxDeux. 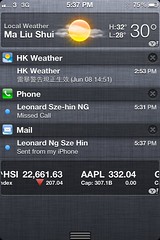 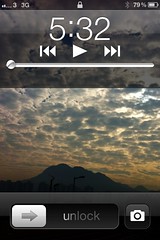 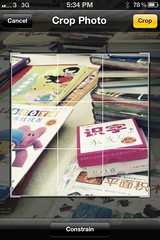 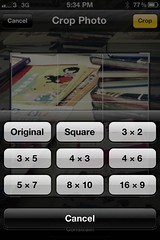 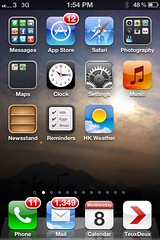 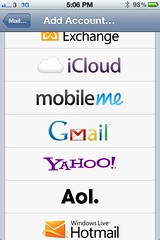 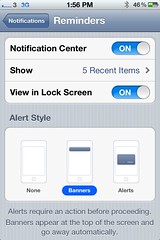 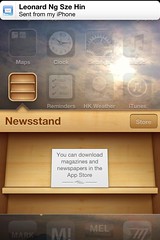 That was fun. And the fun were two parts. The first part was about how I love the cool new feature of iOS 4.3 on iPad: new multi-touch gestures. If you swipe the screen sideways with 4 fingers, than you could jump directly to the next opened app. And this is very handy. More, if you swipe up, the multitasking bar would be revealed; and if you pinch the screen with four fingers, the home screen would be revealed. For the latter two, they were also cool, but not something you can’t do without.

The second part was even more exciting. I upgraded my iPhone4 to iOS 4.3 Beta 3 some weeks ago (and has been enjoying creating my own “Personal Hotspot” with it every since). On the day of the official release of iOS 4.3 I did try to plug my iPhone with iTunes on my Mac to detect the upgrade, but nothing had happened. Yesterday morning suddenly my iPhone stopped working and asked me to plug it in to iTunes again. I did, and it said: “The software on the iPhone XXX has expired and must be updated to a newer version.”. However, when I pressed the update button, nothing happened. It became a brick (well, not for the first time).

People from the forum said that the iTunes cannot detect the difference between Beta 3 and the officially release, and thought they were both iOS4.3, and so no upgrade is needed although the beta has expired already. What to do? I could either wait for Apple to release 4.3.1 (and by then I guess iTunes could really tell the difference), or I could do what I have done. I acted like a pro, search around on the Apple forum alongside with those real developers who are holding the same iphone-bricks with me, and found the solution:

1. Download the ipsw file directly from somewhere.
2. Force the iTunes to upgrade the iPhone by Option-Click the iTunes’ “update” button, and select the downloaded file.

The “somewhere” depends on what you want to get, all links to Apple download site. However, the site developer.apple.com doesn’t reveal this link to us. Lucky that someone found them and provided them on the forum. Device upgraded at a blink. Everything’s back to normal.

Now, on top of how I am feeling good using iOS 4.3, I also feel very proud of being a pretended-to-be Apple-developer-pro, for a limited period of 120 minutes.

That was the highest moment, in terms of iPad sake. 5 iPads appeared in my home at the same time. Crazy.