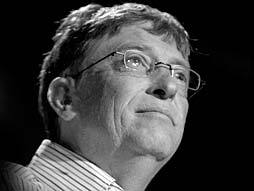 Bill Gates, practically the single man who holds largest amount of resources personally in the world, gave a talk about how the planet could be saved in the TED2010 conference. Climate changes and green energy are the hot topics in the recent years. And despite the fact that someone pointed out that it could all be just a “Global Warming Hoax” (and even IPCC admitted that there were some wrong doing during the research process), the topics remain a vital theme of our generation because it is too risky to ignore even we are not 100% sure.

And I won’t choose to ignore it also because it is from the mind of Bill Gates. Imagine the resources and influences that he could have on anything that he endorses. The best part is that his influences are not based on his position (as CEO of a company or the President of a nation) but on his personal merit. That’s something quite different.

Two things to note in his speech. For one, he proposed an equation: CO2 = P x S x E x C. He pointed out that we could not control much on the population growth and reduce much on the services that these population consumes (these two factors are the “demand” component of the equation). I believe that this assumption is somewhat realistic and practical, and thus much easier for a developed middle-class driven country like the U.S. to feel comfortable with. However, I guess he could have also make a wish on how we could “reinvent” our daily life and save a lot of CO2 in the “S” part. I know it is much easier to be said than done, but it would still be very influential if it is coming out from the mouth of Bill Gates (as compared to, say, Mr. Al Gore).

The second thing to note in the speech is about the second part of the equation “E” and “C”. The most significant take away from that is his project in investigating how to burn U238 instead of the existing U235 as a nuclear fuel. It is significant because firstly we have abundance of U238 (as in nature and also as a waste by-product of burning U235), and by doing so we could have a tremendous improvement in fuel efficiency. We know that we need a huge technological breakthrough to achieve this, but if Bill Gates is putting his funds into this, the hope is much higher.

It is truly significant also because it demonstrates how the mind of an entrepreneur (with lots of resources) works: he realised that the existing approaches (of cutting consumptions, lobbying amount nations) won’t work in the long run anyway, so he innovates. He proposes a dramatic solution that other people could not achieve by their incremental improvements. Whether he has already got the best (or even correct) idea, we won’t know, at least for now. And it doesn’t matter, as this approach is more dynamic, innovative and meaningful compared to the argument and frustration we have with all the other approaches.

I admire his effort and his vision. At least much better than how he ran his Microsoft empire. 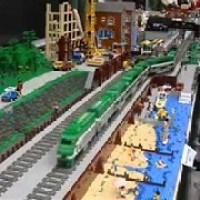