At that time I (correctly) predicted that Google would flood the world in the mobile space. Three and a half years later, Android + Chrome conquer almost 60% of the smartphone world. Interestingly at that time I named his rivals as MS IE, Firefox and Safari, now it seems that the browsers game is not even the battleground anymore at all.

Anyway, a few days ago Google has launched Chrome on iOS. After the trial, I would say even though it is not as strategically important as how Chrome was for the desktop world at the previous age, but still it is a sticky product because the UX is smarter and neater (than Mobile Safari) (I never a big fan of Opera so I won’t compare with it).

Chrome on iPad offers Siri-liked voice search function (previously already on the Google iOS app), that’s cool, but not exciting. Syncing everything everywhere is handy, especially it remember which devices I have surfed that location with, that’s really cool.

I have put my Safari inactive and surf with Chrome on my iPhones and iPads from today onwards. No turning back. 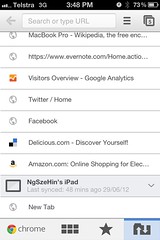 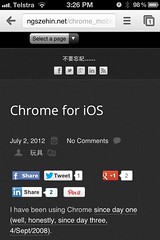 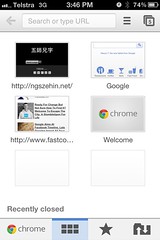 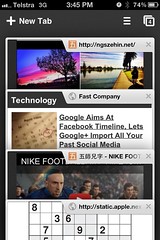 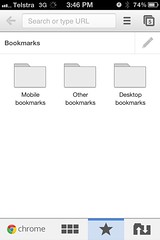 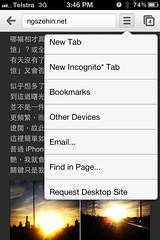 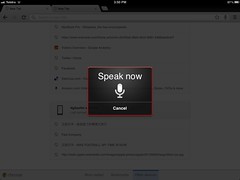 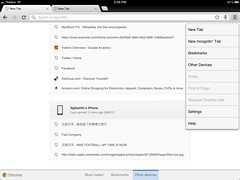