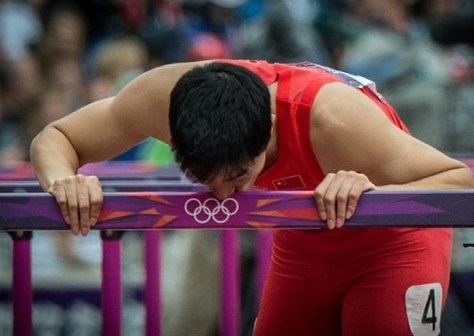 Another good one from Nike.

The viral video has a lot of “tunnels”. Some link to bios of the players shown in slow motions, some link to external sites about the bigger movement to gather footballer to join the TEAM.

It has attracted more than 6 millions views since launched yesterday (May 18). Amazing traffic and eye-balls. Well, I have contributed 3 views since I am eager to search for all those tunnels.

I am engaged. I am impressed. 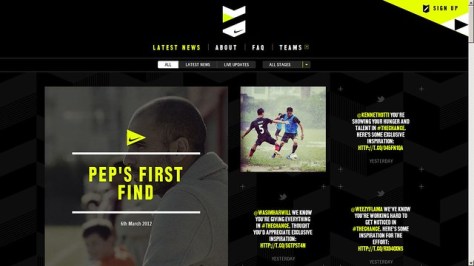 These were the so called “4D” lighting show back in last November for the 10 years anniversary of the RalphLauren.com. “4D” by itself was not the main topic. It was merely just the 3D images for the fashion show plus the scent of RL perfumes and colognes for the extra 1D. The exciting part was how they create the 3D effect by multiple projectors on a historical building exterior façade. The effects looked so real to a point that you would really think that the walls were falling apart during the show!

The ABC song across two generations.

Look how Jacob grows from a fat little baby who sang this song on stage, to now the singing teacher who teaches the very same song to his little brother at the same age that he did his own performance.

I am deeply moved.

Now this is the sneakpeak of how the gameplay is done on iPhone via Youtube. The best part of this trailer is how the viewers (you and me) could make the decision of how the team enter the room. A kind of interactive movie (well, not exactly “interactive” as it would just jump to another clip based on what you’ve clicked) to promote new game for the first time. A nice start.

The interactive part starts at 0:30. Anything afterwards is just waiting for your click on that blue box. 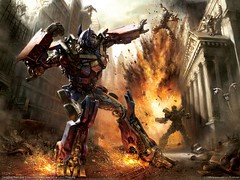 Taking about disaster, nuclear plant deformation is one, natural earthquake is another one, but making a movie with a quality as low as Transformer 2 was as disastrous as anything else.

Michael Bay and Steven Spielberg are trying to correct this with launching the next Transformer. One of the big correction is the dumping of Megan Fox. Pros and cons: perhaps some die hard fans of Fox would abandon the film because of her departure. However perhaps more die hard fans of Transformers would celebrate for this because the average scores of acting ability in this film would surely be pulled up.

The trailers are not as cool as the previous few. Perhaps we have seen it all, so the excitement is gone. Our enjoyment are ruined by our own expectation. The good news is, now it would work the other way round for you as well. Since you have seen them all and set your expectation to the floor, you might enjoy whatever you can get out from this film when they air it on July 11.